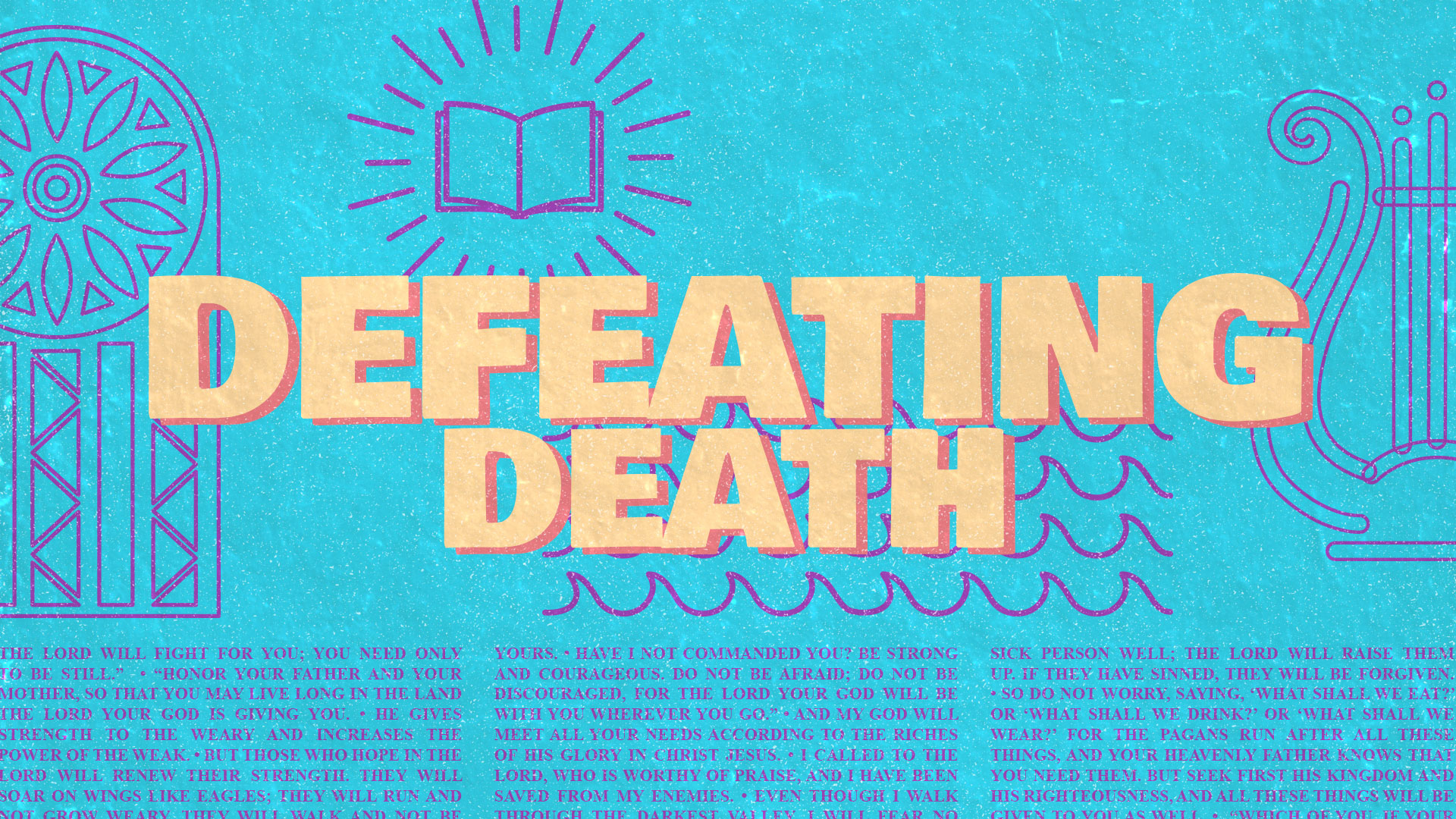 Matthew 27:59‒60
Late in the afternoon a wealthy man from Arimathea, a disciple of Jesus, arrived. His name was Joseph. He went to Pilate and asked for Jesus’ body. Pilate granted his request. Joseph took the body and wrapped it in clean linens, put it in his own tomb, a new tomb only recently cut into the rock, and rolled a large stone across the entrance. (msg)

Isaiah 53:9‒11
He was assigned a grave…with the rich in his death, though he had done no violence, nor was any deceit in his mouth. Yet it was the Lord’s will to crush him and cause him to suffer…the Lord makes his life an offering for sin…After he has suffered, he will see the light of life.

Matthew 27:62‒66
The chief priests and the Pharisees went to Pilate. “Sir,” they said, “we remember that while he was still alive that deceiver said, ‘After three days I will rise again.’ So give the order for the tomb to be made secure until the third day. Otherwise, his disciples may come and steal the body and tell the people that he has been raised from the dead. This last deception will be worse than the first.” “Take a guard,” Pilate answered. “Go, make the tomb as secure as you know how.” So they went and made the tomb secure by putting a seal on the stone and posting the guard.

Matthew 28:1‒4
After the Sabbath, as the first light of the new week dawned, Mary Magdalene and the other Mary came to keep vigil at the tomb. Suddenly the earth reeled and rocked under their feet as God’s angel came down from heaven, came right up to where they were standing. He rolled back the stone and then sat on it. Shafts of lightning blazed from him. His garments shimmered snow-white. The guards at the tomb were scared to death. They were so frightened, they couldn’t move.

Matthew 28:5‒10
The angel said to the women, “Do not be afraid, for I know that you are looking for Jesus, who was crucified. He is not here; he has risen, just as he said. Come and see the place where he lay. Then go quickly and tell his disciples: ‘He has risen from the dead’…So the women hurried away from the tomb, afraid yet filled with joy, and ran to tell his disciples. Suddenly Jesus met them. “Greetings,” he said. They came to him, clasped his feet and worshiped him. Then Jesus said to them, “Do not be afraid.”

John 11:25‒26
Jesus said to her, “I am the resurrection and the life. The one who believes in me will live, even though they die; and whoever lives by believing in me will never die. Do you believe this?”