back to EPIC
back to The FIVE
back to VESSEL

Thursday, April 9 | Self-Guided
Have you ever wondered what happened the Thursday night of Holy Week? Often times overlooked, Thursday’s impact in our faith is extremely evident. Take a look at what happened that night in the Upper Room—a night built on remembrance of the past, preparing for the Passover meal, concluding in prayer with the Father.

Take me to Thursday Night

Friday, April 10 | 7:00 pm
Reflect on what we know as the “last seven words of Christ” as we try to understand what Jesus went through on our behalf that Good Friday.

via livestream or FB Live

Sunday, April 12 | 7 am
SUNRISE SERVICE – Watch the sun rise as you celebrate the rising of God’s Son! An Easter tradition.

via livestream or FB Live 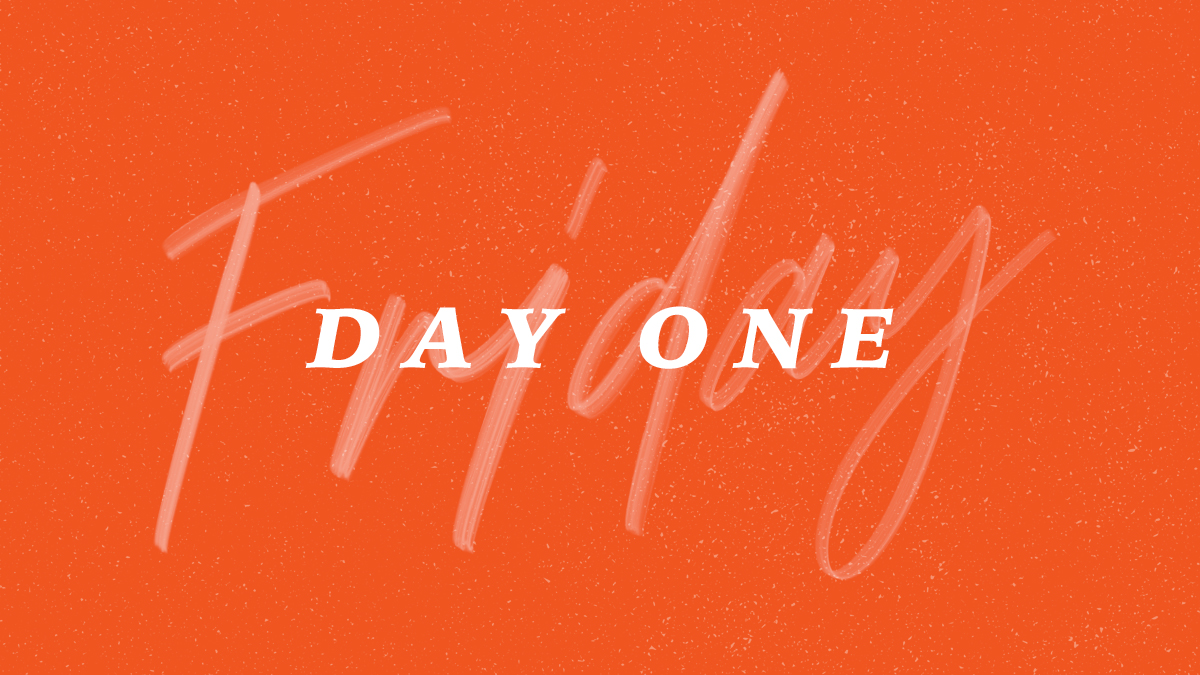 On Friday, after being betrayed, denied and abandoned by his friends, Jesus spent hours under fire with officials and religious leaders who were also his biggest accusers. They were jealous of his power, Herod was confused by it, Pilate was afraid of it, but the crowd was firm: incited by those religious leaders, they wanted this guy dead.

Pilate knew, deep in his bones, that Jesus was innocent. But the crowd shouted louder and louder until they drowned out his resolve. Ancient tradition prescribed that he could free one prisoner for the local holiday. Pilate chose … a murderer named Barabbas. And sentenced Jesus to death.

Soldiers slapped, punched, spit on, beat, condemned, and mocked him. They laughed at the idea that he was a king, throwing royal robes over his shoulders and sinking a crown of thorns into his head. And then, in the cruelest death imaginable, nailed him to a cross.

Jesus’ followers, friends and family alike stood by, watching the man who represented their only hope and their wildest dreams be put to death. The desperation, the loneliness, the abandonment, the anger, the horror – it all began to feel real.

And Jesus stayed there on the cross, not because nails held him there but because of his love for his Father and his love for us.

Three nails and three hours later, he cried that it was finished. And hanging on that tree, Jesus tasted the weight of sin with arms wide open. 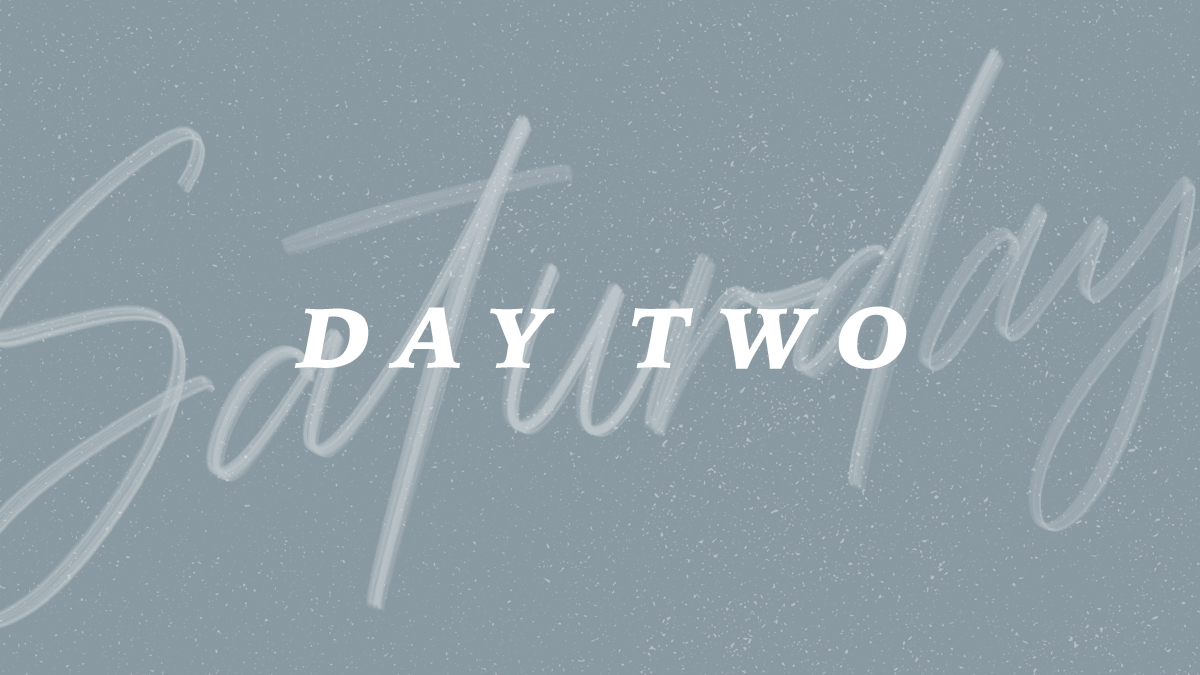 The dust of darkness began to settle.

On Saturday, yawning between Friday and Sunday, there was nothing to do but wait.

And wonder what on earth is going on.

And remember what on earth went on, just yesterday.

And let the silence speak volumes, as it almost always does.

And fear that cruel tyranny had triumphed, that injustice and evil were victors, and darkness had silenced Love. 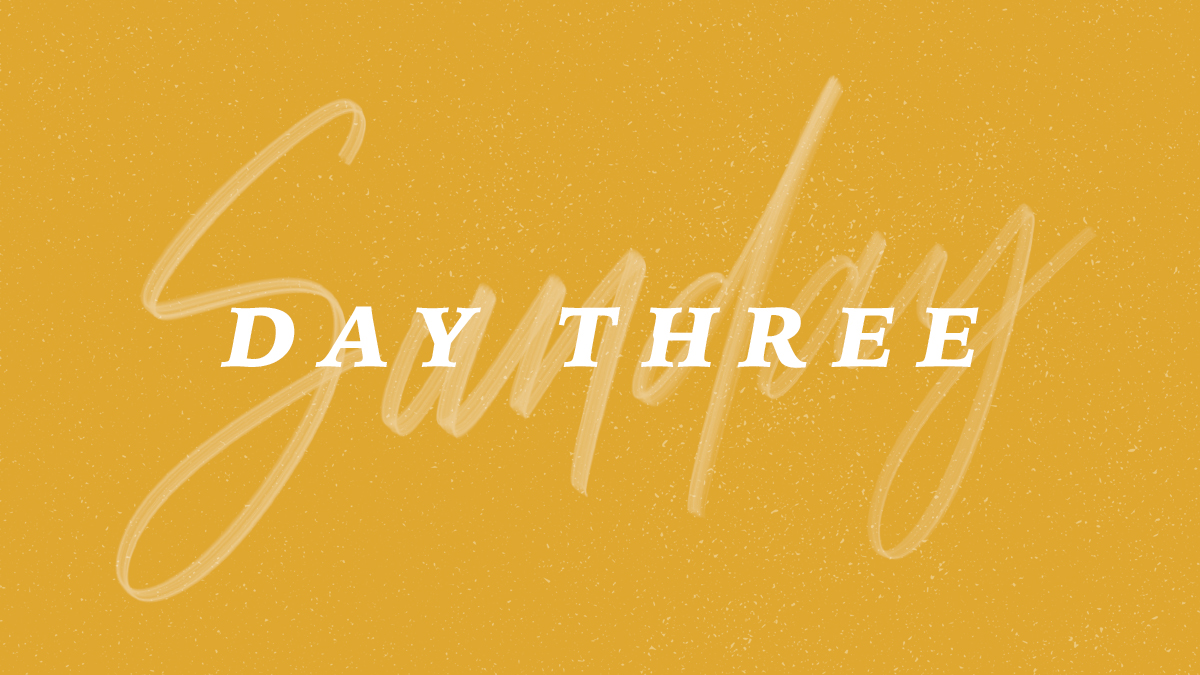 Then on the third…

Early Sunday morning, thunderous power, love and beauty broke the silence. What everyone thought was the end, became the beginning.

The man people thought was wrapped in grave clothes, was walking through town, breathing and talking and…very much alive!

Most could hardly believe their eyes. Mary thought Jesus was a gardener; two of his disciples mistook him for a stranger; and his friend Thomas refused to believe without touching for himself Jesus’ pierced hands and side.

And no wonder! They thought that evil had claimed the final word.

But when the cross happened, something else happened too. Something that changed the course of the cosmos, crushed evil, and shamed death. Something that forgave. It was a victory won, a symphony of joy started, a fierce hope set in motion, a new home—heaven on earth—established.

On Friday, Jesus said “It was finished.”

But then, on the third day, he came back to life and declared that the victory coursing through his veins, the new home he was building, the massive love that held him on the cross – we were invited into it, too.

Generation upon generation of believer, seeker, skeptic, and cynic alike have asked this very same question.

In short, there is no short answer.

Who is Jesus? Well just ask those who feared Him most:

Who is Jesus? Well just ask those who knew Him best:

To the disciples, He was teacher. To the sick, He was healer. To the weary, He was comforter. To the oppressed, he was liberator. To the overlooked, he was noticer. To those who received his message of love, he was friend. To the lost, He was redeemer.

And to all of the above, to each and every last sinner – He was, is, and forever will be Savior.

Savior from the shame of your past.

Savior from the perils of your present.

Savior from the uncertainty of your future.

Who is Jesus? We promise that He has been waiting your whole life for you to ask Him yourself.